This past weekend was my middle brother's wedding on his farm in the (nearly) completed new house. Since he and his wife were hosting the WHOLE thing, my family had to put our heads together to add a little special something to the rehearsal dinner.

As a wedding present for the bride, I made the Fiddlesticks Knitting Peacock Shawl to enhance the peacock themed wedding. It was presented to the bride as a family welcome gift. Plus, she may have wanted to use it for her wedding the next day. It turned out to be HOT, though there were some nice pictures taken at the wedding photo session. 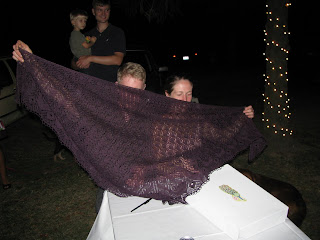 Next up, was a presentation of the Groom's Cake... inspired by his favorite stuffed animal - a baby boar piglet. 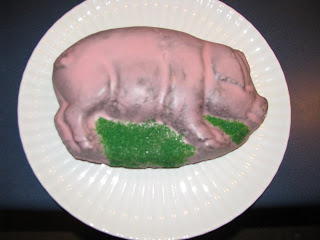 Unfortunately I did not get a picture of it fully decorated with Godiva truffles and marzipan fruits before everyone started snacking on them... The glaze frosting was also a little worse for the wear after the car ride to Ohio. Oh well! 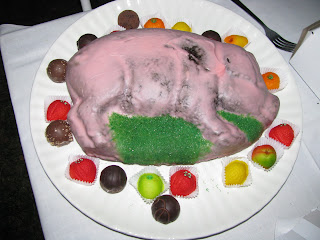 The groom's cake was followed by a scavenger hunt around the farm (idea compliments of my other brother, J).

You see, this farm is on McDonald Road. And Old McDonald has live horses, cows, dogs, cats, chickens, and peacocks, BUT NO PIGS on this farm. We had to remedy this situation....

Pig on a Pan 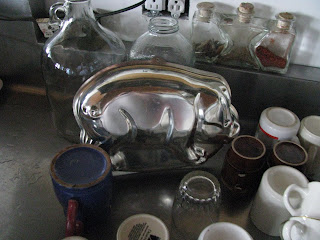 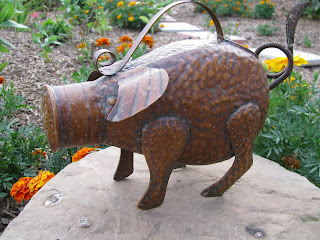 If Pigs Could Fly... 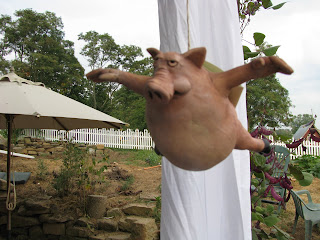 Pig on a Pot (hidden in the outhouse that you see in background!!) 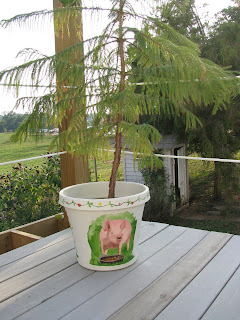 Back side of Pig on a Pot 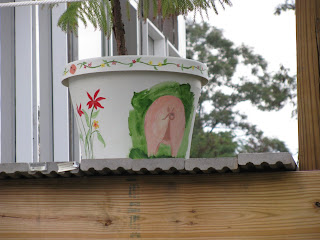 Pretty Primping Pigs (originally placed in front of a mirror) 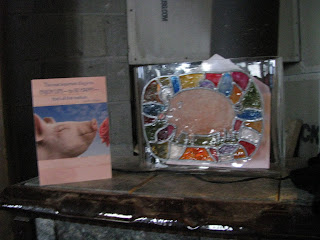 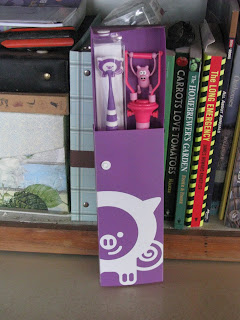 Most A-DOOR-able pig door stop (with a very cute nephew...) 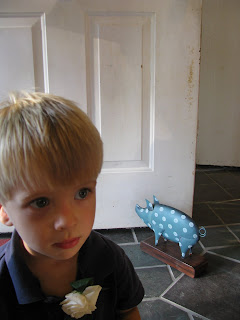 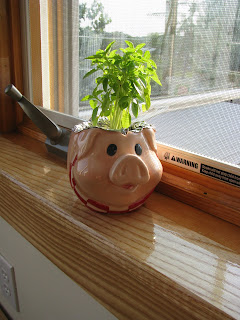 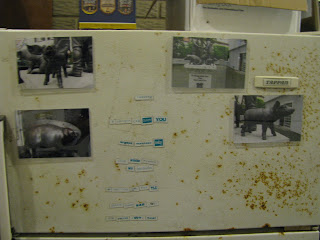 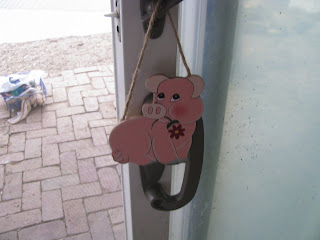 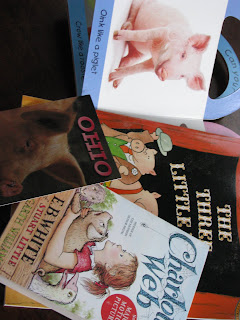 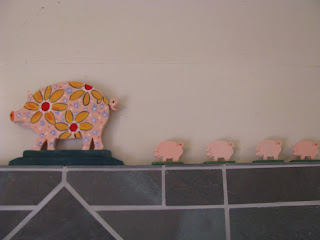 More Pig Prizes - My father cut out these little pigs on a band saw, both parents sanded them off, and an artist neighbor applied the paint. (She also painted the pig "on the pot" and vase of "pretty primping pig.") All scavenger hunt participants received a prize pig as a reward for participating. The whole affair happened in the dark by flashlight... a little sketchy on a farm full of potholes and manure. 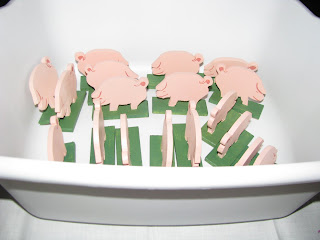 A ton of fun was had by all! And Old McDonald can now sing the pig verse on his farm! There he is with his piggy garden ornaments! 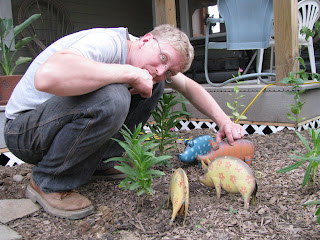 Post Script: I know this is a knitting blog, but I didn't find a knit pig pattern until three days before the wedding. Clearly, a miscalculation in planning; that pig was not going to be made in time. Maybe for Christmas!

Posted by Elisabeth at 7:32 PM