Will Garden for Peanuts

Last Spring I made an impulse purchase from Baker Seed Company. They emailed some appealing ad that touted a limited quantity of a rare Ecuadorian peanut: Fastigata Pin Striped. I had to have them… 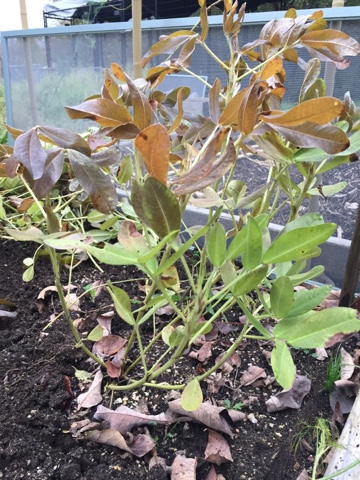 I got my garden in late this last summer, second week of June, but the peanut plants came up within three days of planting and grew vigorously. They have a 3-month-long growing season, so I was really hoping for a VERY late frost. Two of my 8x4 garden beds were amended with peat moss and sand to made the earth lighter. I think I could add more of both next year for even lighter soil. 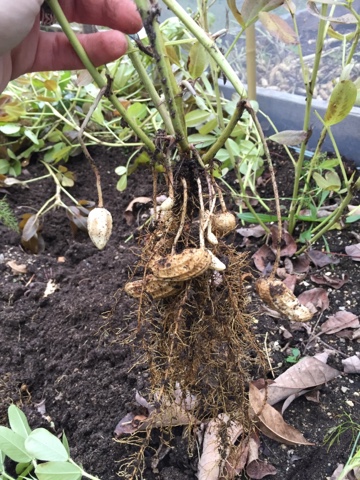 Indeed, I was lucky, and this harvest was the last week of October. That week we had a very light frost, making some, but not all, of the peanut plant leaves turn brown. 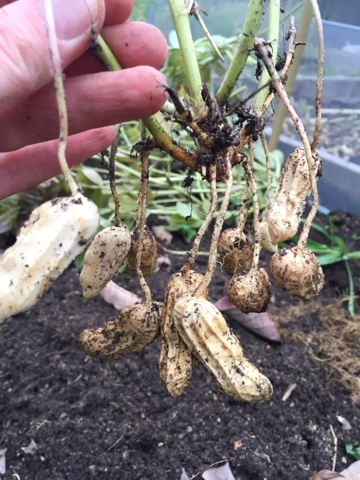 Peanuts are very funny plants: they bloom above the ground and then take a nose-dive to form their seeds under the soil. 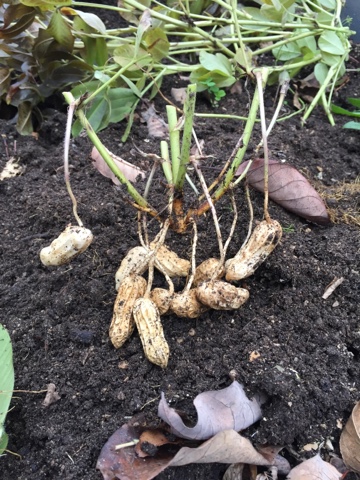 After the harvest, the nuts need to be cured (dried) for another month. When I opened a seed pod at the start of curing, the shell was super moist and thick. The nuts ended up curing for two months, thanks to my relentless schedule. 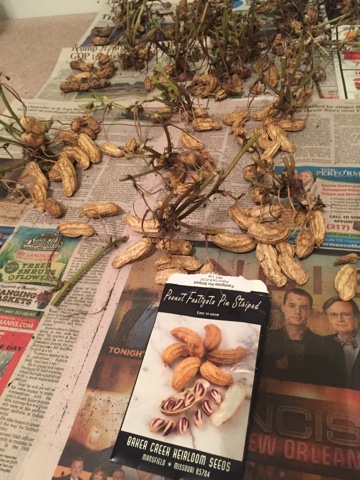 After curing, the shell is dry the peanuts fall out easily. 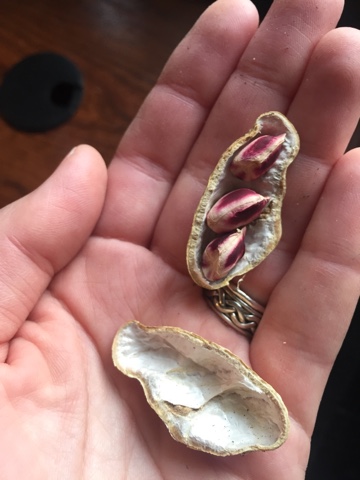 I decided to roast them without a shell, and that was a good decision as I found a small number of shells that had mold in them. Aren't they just beautiful, with that striped purple husk? 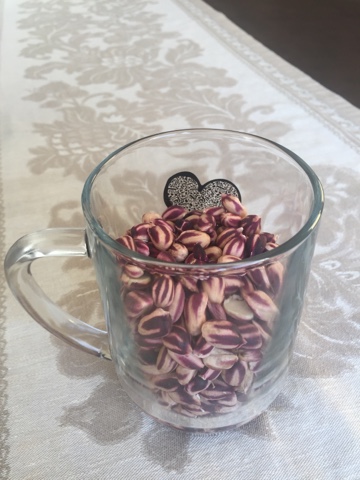 All that work and all that time yielded only 9 ounces of peanuts! I'm sure commercial growers and processors have more efficient ways of preparing the peanuts for the market, but it is always humbling to realize how much work goes into making a simple peanut butter. 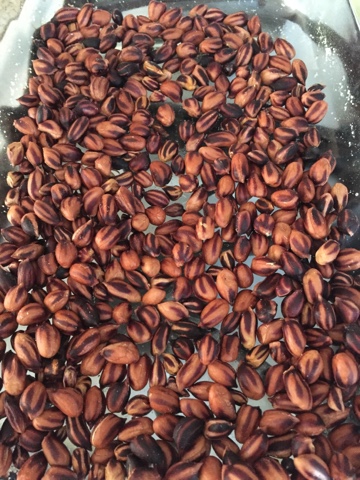 I did not show the last step. After roasting, I rubbed the peanuts in a towel to get the that light striped husk off of the peanut, making them look like other type of peanut. The husk has a slightly bitter taste. The final product is indescribably DELICIOUS!

Posted by Elisabeth at 7:25 AM No comments:

Yarn Along is BACK!

I am so excited that Ginny decided to bring back the Yarn Along! I was not a frequent participant, but I often got great ideas for patterns, yarn choices, and books from all the other lovely folks linking up to her posts. Do go and see what everyone is up to! 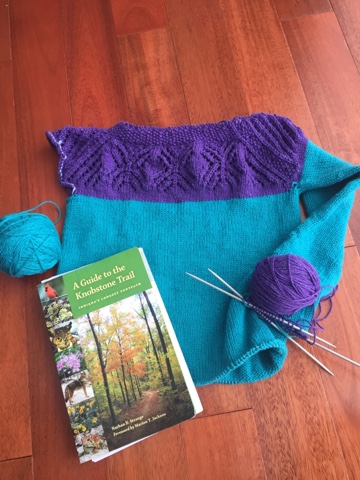 My read today is the guidebook for the Knobstone Trail in southern Indiana. I had big plans to backpack it last summer, but alas, other events took precedence. This summer I have some friends to go with, so accountability for showing up is real! Can't wait!

My knitting consists of finishing up some Christmas knitting (*sigh*). The pattern is Snowflake by Tin Can Knits and very fun. I love the mindless knitting that happens after the lace is finished.

Happy New Year to all! Stay cozy!
Posted by Elisabeth at 10:15 AM 4 comments: