Somehow I got really behind on the holiday knitting. So I had to catch up a bit after the New Year started. This scarf is for my friend P, who is a great pal and admirer of my craft. Another friend of ours had made her a scarf (turns out it was also green), but P had misplaced it in a recent move. I'm glad that her new scarf could fill the void! 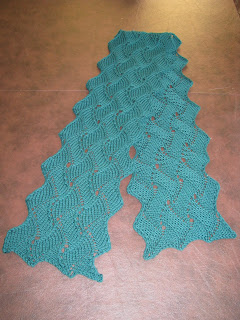 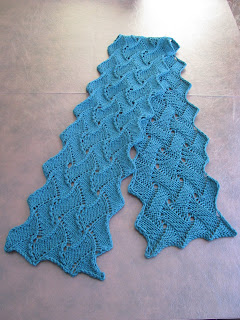 Happy Knitting!
Posted by Elisabeth at 8:47 AM