Usually I spend my time at my mom's house helping out around the house and garden, even during a short visit passing through from one location to another. But at the end of July, we just celebrated a flower fireworks for the whole evening. Below is a 50+ year-old Selenicereus grandflorus, or Queen of the Night cactus, that she got from a friend many years ago. The flowers on this amazing plant open for only one night. It takes about three hours to get from closed to open, and then the blooms mostly close by morning. Since it is a sizeable bloom, you can literally see the bloom open. Typically, the cactus might flower once or twice in a season, one flower at a time. On this night, there were five buds ready to open. Four opened at once, and the fifth opened one night later. Four flowers at once was a first for this plant, and so so incredible to watch! The photos are shown in chronological order. 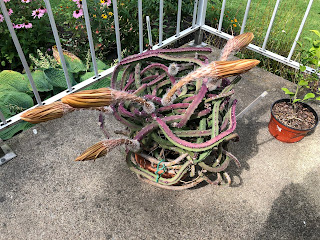 Late afternoon on July 30, four flowers have grown several inches during the day. 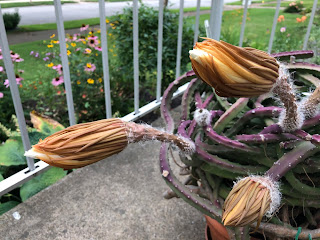 First signs of the white flower beneath the tan exterior leaves. 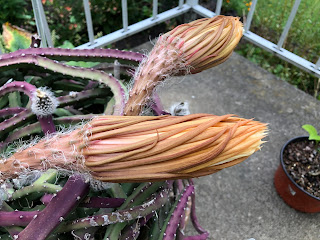 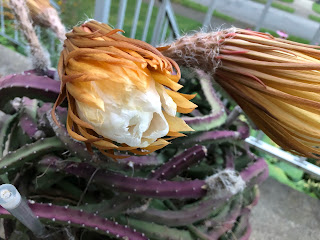 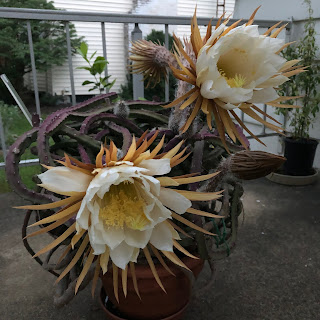 It's getting a little dusky. Time is around 9:00PM. 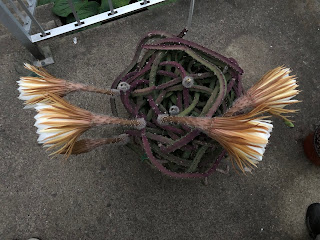 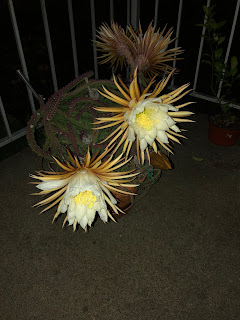 Just after dark, the blooms are wide open! 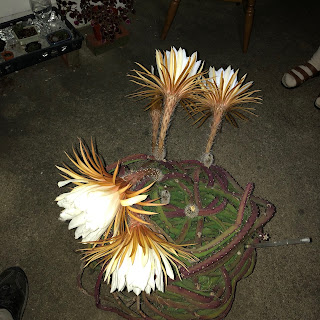 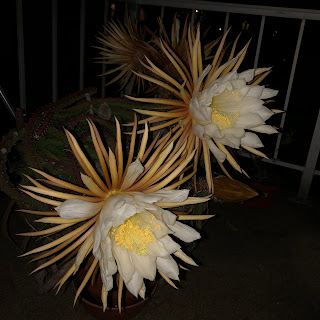 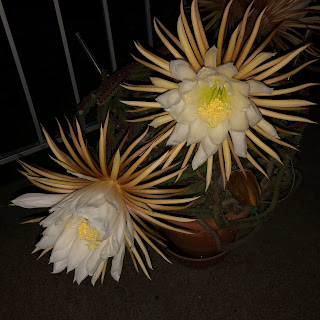 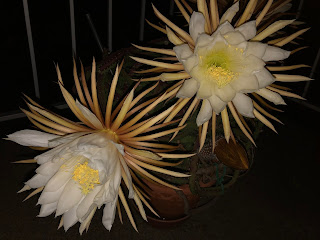 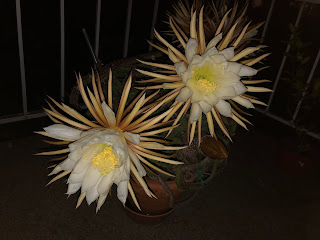 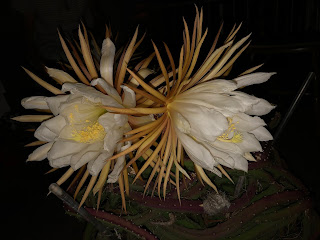 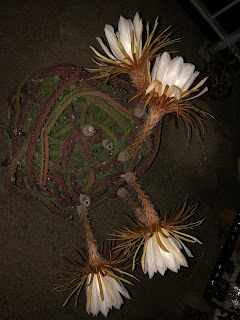 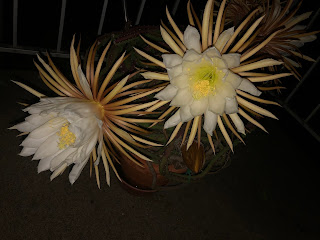 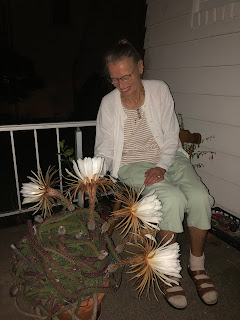 Human provided for scale. Those flowers are ENORMOUS! 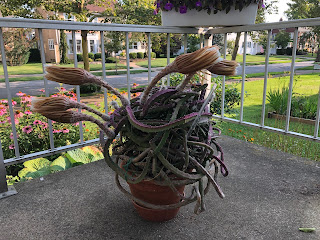 The next morning, the flowers have mostly closed again. 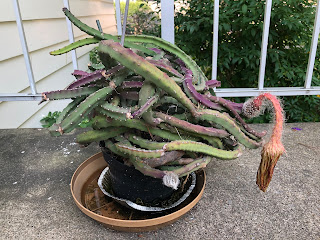 In a week or so, the finished flowers hang from the plant. 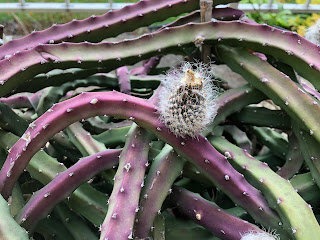 Finally, the plant forms a fruit.
I feel a strong connection to this plant as well. It lived on my desk while I was growing up, much smaller back then. I don't think I saw it in bloom until I was in college. What a lovely night to share with my mom, who is very passionate about this flower! She invites the neighborhood for every flowering, but this night it was just us, and that was wonderful too!
Posted by Elisabeth at 6:35 AM