They Grow Up So Fast **sniff**

After seven long weeks, our little darling cria boy and his mom returned to the Shady Grove Farm on Saturday. Dark Star is a little more than twice his original size now. He is already eating hay and grain and is much more solid than his former gangly self. He is ten weeks old today. 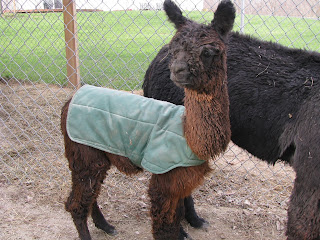 The Alpaca Farmer decided to re-breed 'Greta, which meant a little visit to the farm of origin. Alpaca crias for all - put in your order! They're awfully cute, as you might note... 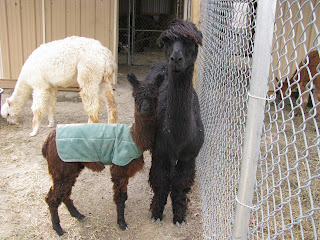 It is nice to have the whole herd re-united again. Or for the first time, if you consider that Bella and Dark Star have not co-existed together yet. As you can see, Bella is separated from the others because she has a tendency to gobble up all the hay and grain while chasing the others away with her neck. She will even go so far as to eat the dog food. I have started calling her Miss Piggy. 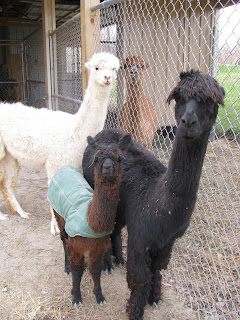 Moonstar is lurking in the background... She is either plotting a play session or a domination match with her new pen-mate. The two "Stars" are hilarious to watch! 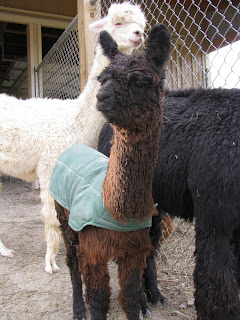