Life Happens, and It's All Good!

A ridiculous amount of life happened between early June and the present, and it has left me short of breath and unmotivated to talk about every little thing on the blog. So let's recap the big events, and move forward with important projects, like knitting, in greater depth later.
First of all, I celebrated a Landmark Birthday, for which my mother and I baked a total of nine cakes. There was a very random approach to invitations, but the turnout was good and about half of the cake was eaten. The rest lives in the freezer and we are slowly nibbling our way through it.
Gardening has been late but steady. I did get a head start on potatoes and onions, and we have had several meals with our own potatoes. So delicious!


In between feasting on sweet baked goods and putting in a garden, I spent an absurd number of vacation hours at school, cleaning out my room. The first impulse was due to the custodians threatening to throw everything not cleared off surfaces or still lying on the floor into the trash. Then I applied for a new job at a local high school. Then I got offered the job, and then the clean out became even more necessary. I did not realize how much stuff I took down there... It's time to toss some things in earnest. And move into my new office!
In the middle of job interviews, we went on a scheduled Landmark Birthday Trip to Lexington, VA, where we rented a cabin just outside of town and then enjoyed driving and hiking in the landscapes, sightseeing, local farms and breweries, and excellent restaurant dining.
We learned about polyface farming techniques at Broadview Ranch. The farmers fence their cows and pigs into really small fenced spaces, and move them almost daily. Then they bring in the chickens behind them. The chickens scratch the manure which spreads it for fertilizing, and also eat the bugs that inhabit the cow piles.
Yarn stores were located, visited, and lightened of merchandise... 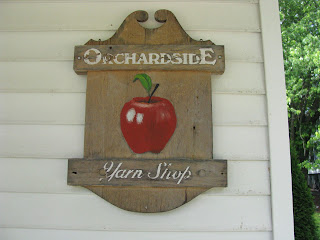 A delightful view from the Blue Ridge Parkway. 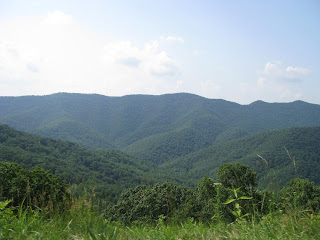 This is the bell tower of the Robert E. Lee chapel, which is on the campus of Washington & Lee University in Lexington. I had no idea that he was the president of this college for many years after the Civil War ended. His final resting place is in this chapel. 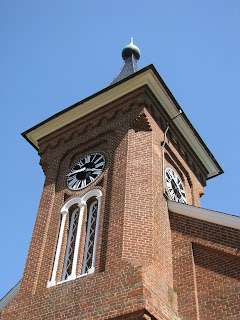 A must-eat location, The Red Hen prides itself on its locally sourced food. We ate here twice and it was well worth it. Everything was fresh and in season. We did chuckle about the "local" cheese plate. Its contents were purchased at a local shop, which basically got cheeses shipped to it from the entire world. I guess being a locavore has its limits. 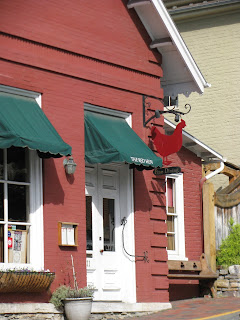 We took the tour of Stonewall Jackson's house, but I was particularly enamored by his gardens. Someone took a great deal of time and effort to re-establish what was grown there and label everything in great detail. 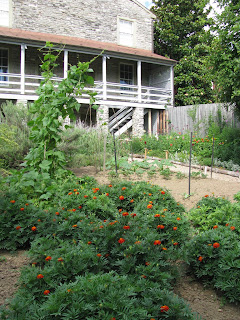 After our week in Lexington, we met my husband's family at Deep Creek Lake in Maryland, for our traditional family reunion vacation. Several nieces and nephews "took some lessons" with Auntie E on the violin. They performed the D-A-D song, the Ant Song, and Mississippi Hot Dog Rhythm with the bow at a very informal concert the night before we left. Nothing is more wonderful than sharing music with young family members! 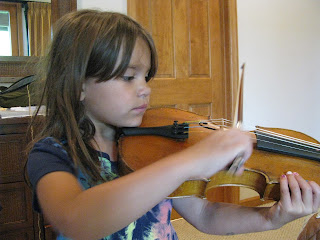 And finally, today is a big day on the farm. Cassidy turns ONE already! She is a beautiful animal and so full of love and curiosity. Today she just followed me around the pen like a dog while I was taking pictures.

A little while after I crouched down to her level, she just sat down next to me and let me pet her for a good 15 minutes. These were some of the resulting pictures:

As I mentioned earlier, there is important knitting content in production. I will not clutter this post up any more, and leave you to wonder about it until I get another opportunity to post.
Till then, Happy Summer!