Pig in a Tree

When I was a child (and well into adulthood), my father would always hang a cute little piglet ornament on our Christmas tree. I think it was from his childhood, or maybe a silly gift from my grandmother at some point. This year it did not make it to the tree, even though there was a lot of begging for it.

Later, in graduate school in Boulder, CO, one of my brothers and I found a big bin of similarly sized pigs in the toy store on the Pearl Street Mall. We bought a whole bunch and then "pig-bombed" the next Christmas tree, to the delight of my father and ourselves. (No one but my dad was allowed to decorate the tree. To this day I have not decorated a Christmas tree).

After knitting all the acorns for Thanksgiving, I realized that it wasn't just a squirrel that would enjoy eating acorns. Where does jamon iberico de bellota come from, after all? 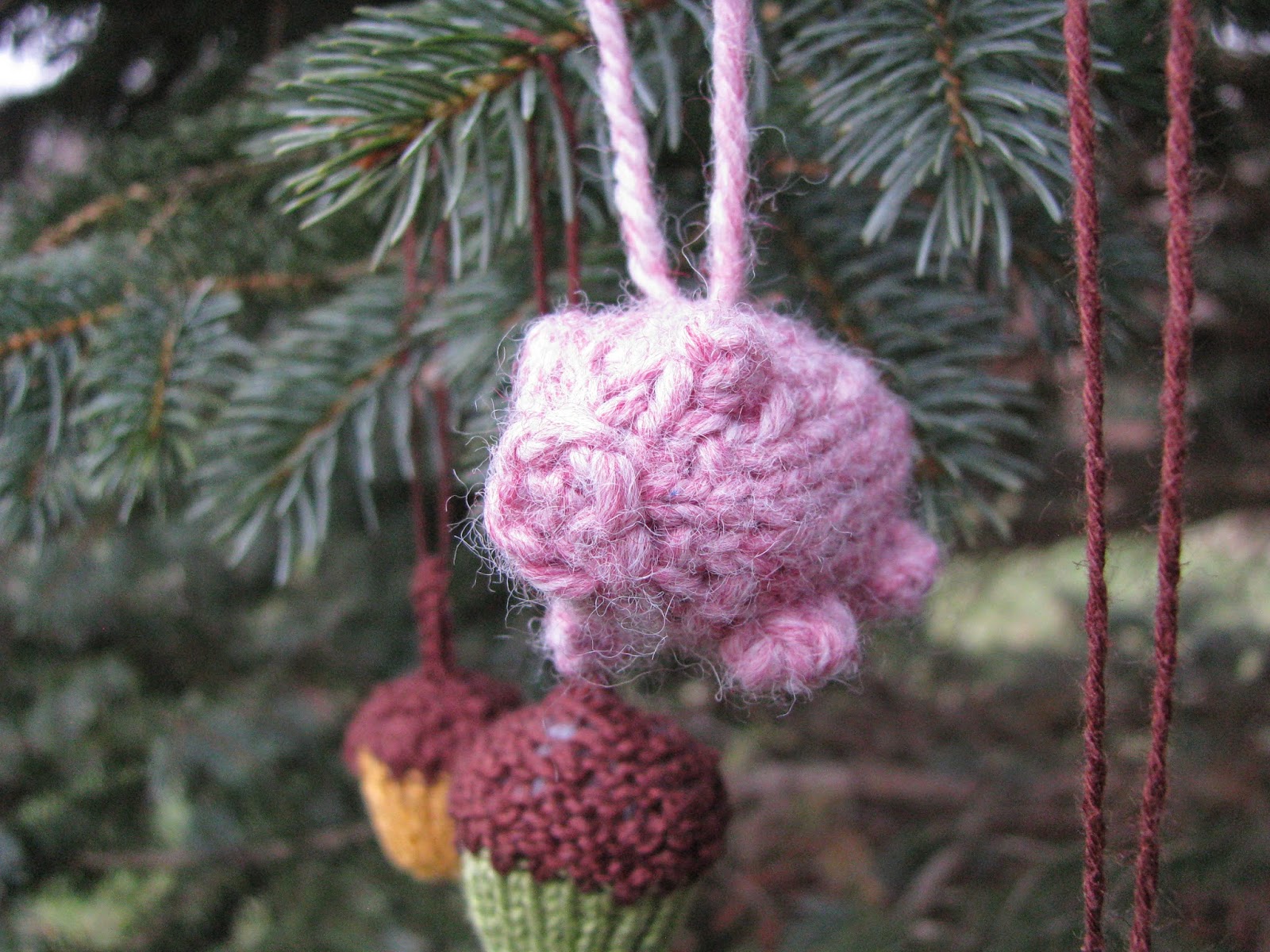 And I knew just the recipient who would enjoy a knit pig for his Christmas tree... 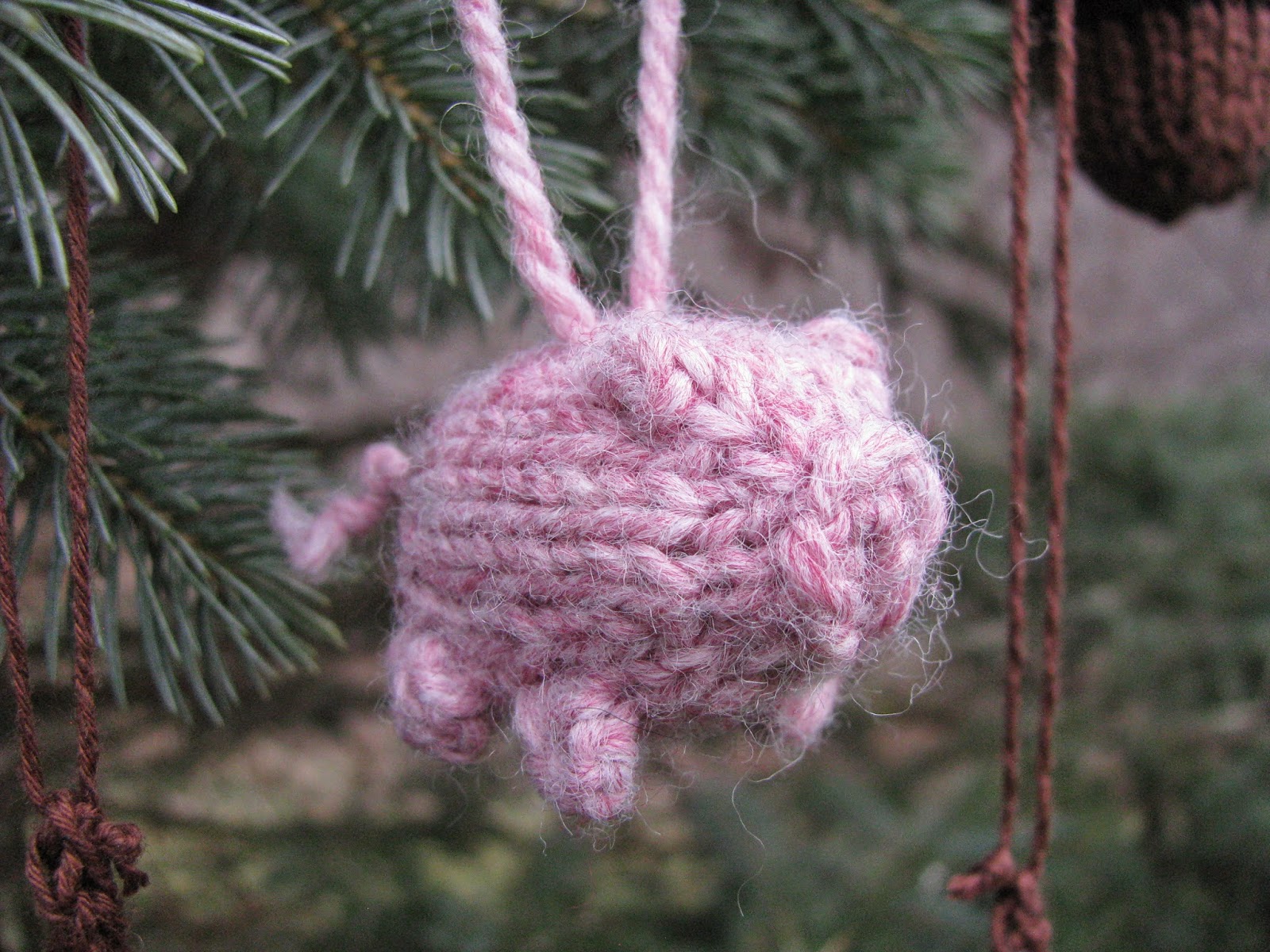 I used this pattern to knit three pigs. The first one was an immediate part of our family, complete with find the pig contests, and stress when it was not immediately locate-able... It is currently our road trip mascot in our car. 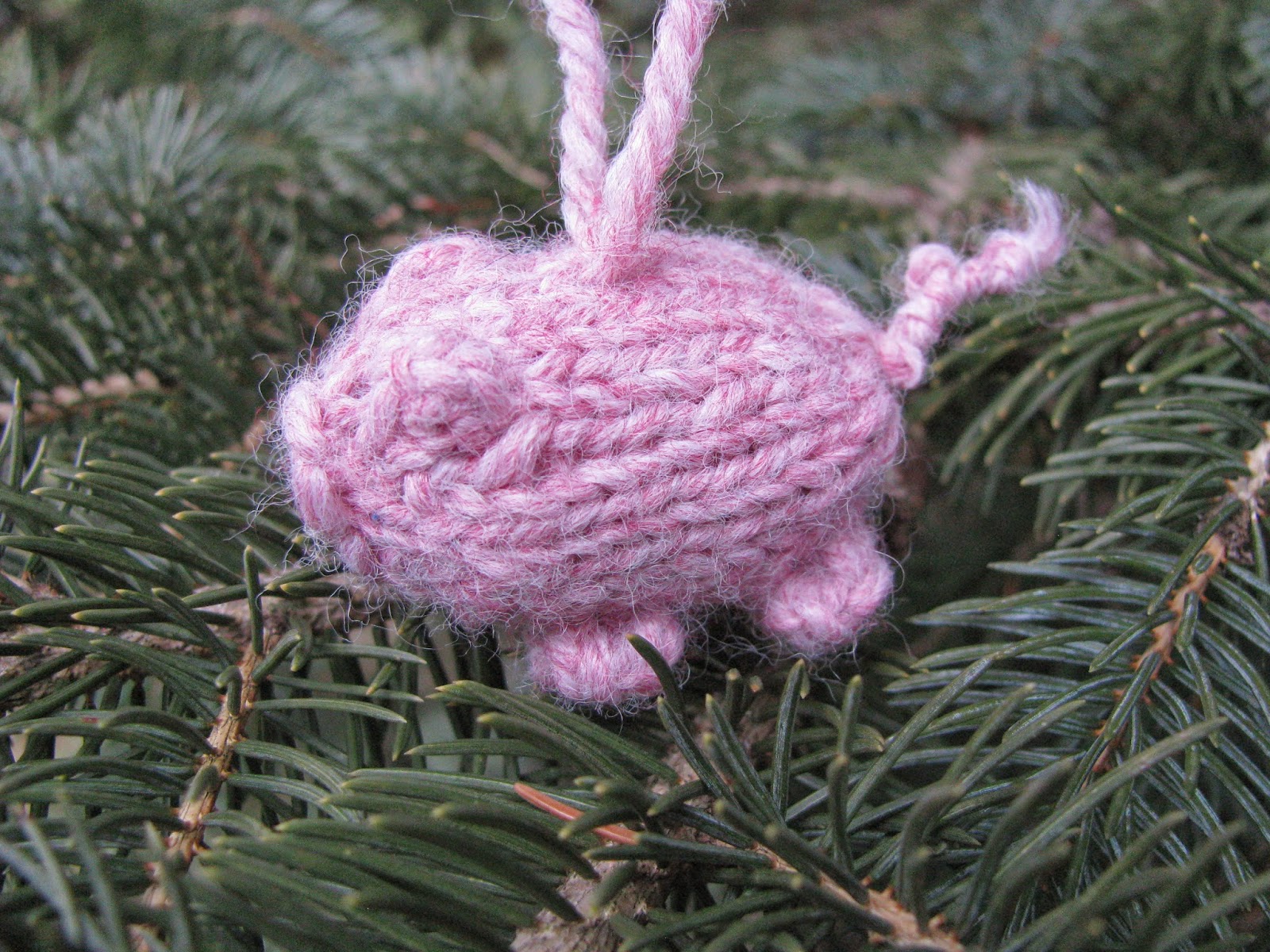 The second one did get sent off to my brother with a load of acorns for his tree. I hope his wife is not too tired of pigs. The rehearsal dinner of 2009 kind of stocked the place up with the critters! 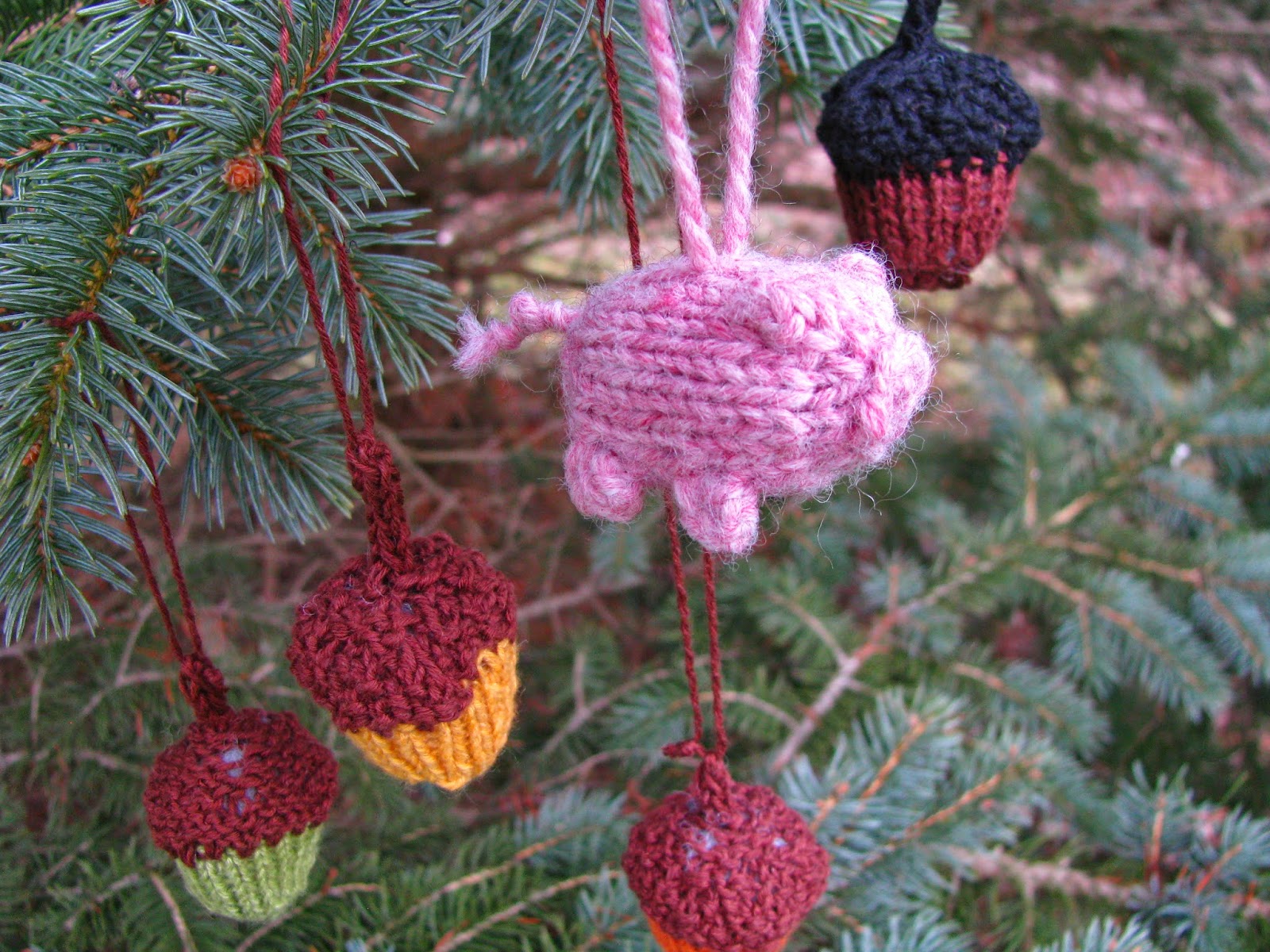 The third pig got unleashed on my mother-in-law on Christmas night, because she was also immediately smitten with the little guy. However, for fun, we hid it (in a pretty obvious place) and are just waiting for some squeals of discovery... I wonder how long it will take... Tick-tock... It's been 4 days already...

ETA: My mother-in-law found the pig in her purse on January 30th in the early afternoon! We were ready to stage an intervention before long!

Posted by Elisabeth at 3:48 PM