Spring Break started yesterday, and what better way to launch it but to start with a skein of yarn... 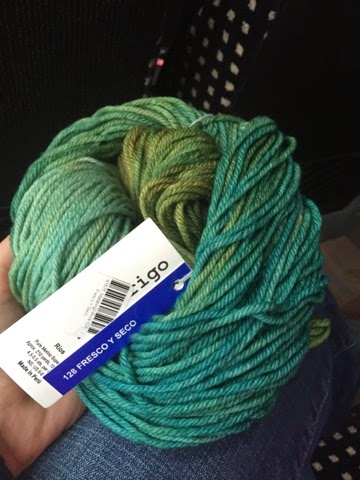 I got it into a massive snarl that took my a long time to translate into this ball of yarn. Once I was comfortably seated on the airplane, Totoro was helping me design my new hand warmers. Yup, it's April and I haven't given up on my dream of some warm mitts. 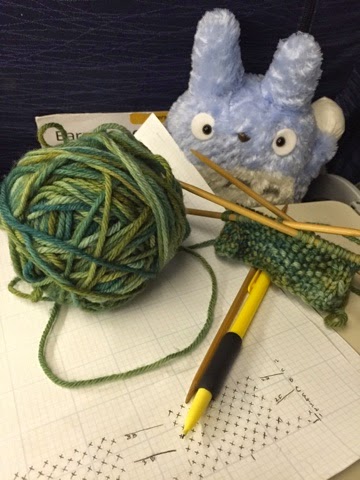 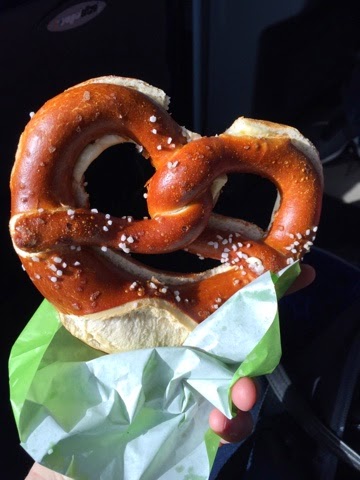 Wait, where are we here? Well... Let me show you around Munich for a while. 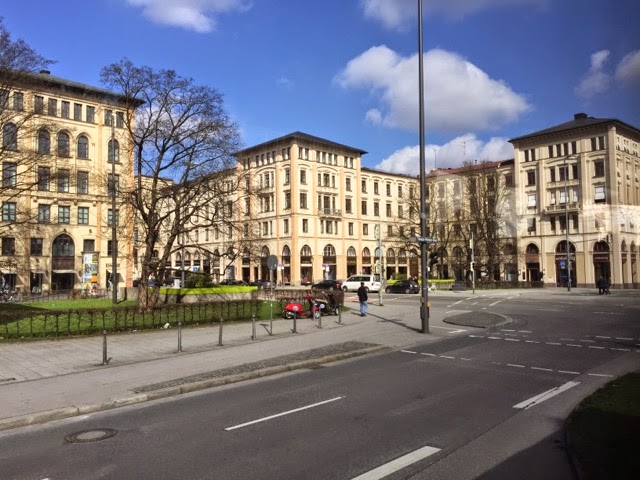 Coming up on the "Magnificent Mile" shopping district equivalent of Munich. All the fancy pants stores you can imagine, beginning with Gucci on the corner. 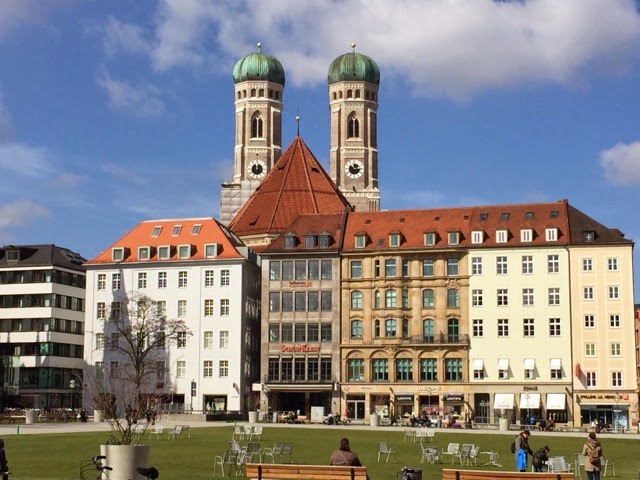 The cathedral lurking behind a park. Most of these pictures are taken out of a bus window, so they are a little sketchy on many fronts. 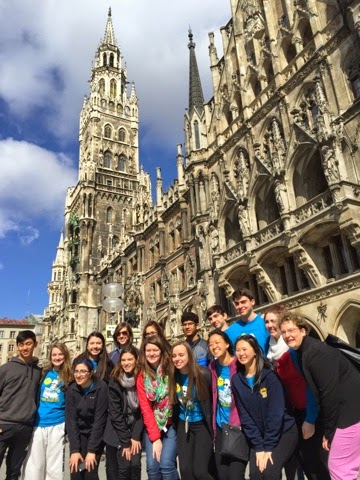 Part of our group in front of the Rathaus. 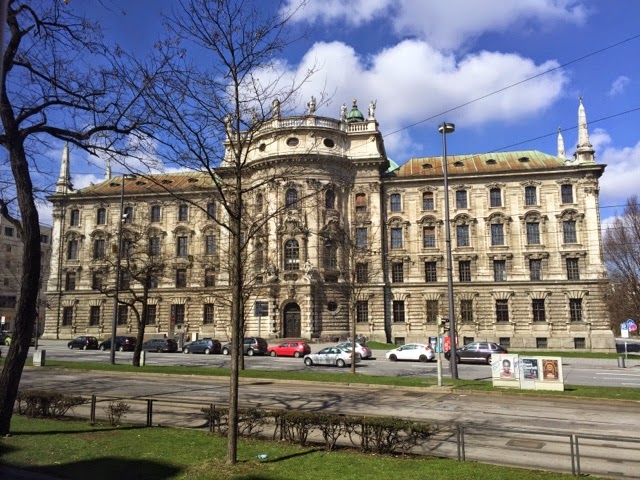 The Center of Justice is housed in an amazing building. 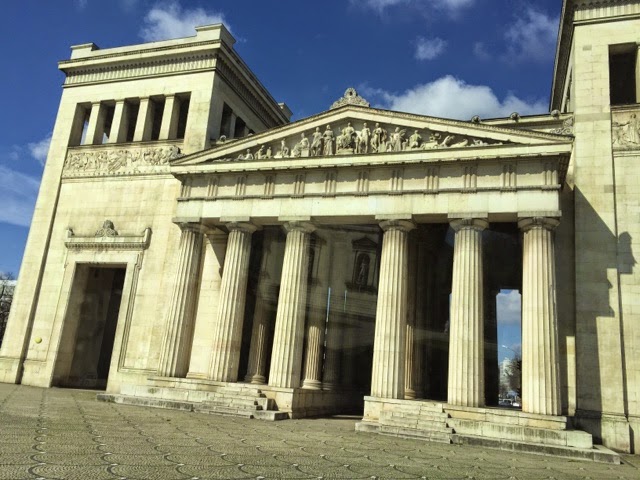 An example of Greek architecture one of Bavaria's former rulers was obsessed with reproducing at home. 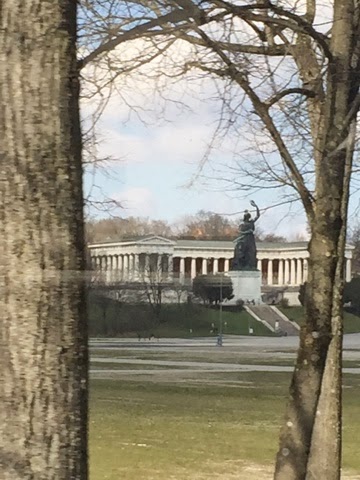 Lady Bavaria, a statue in the style of the Statue of Liberty. She was built first as a test model, and yes, you CAN climb into her head! 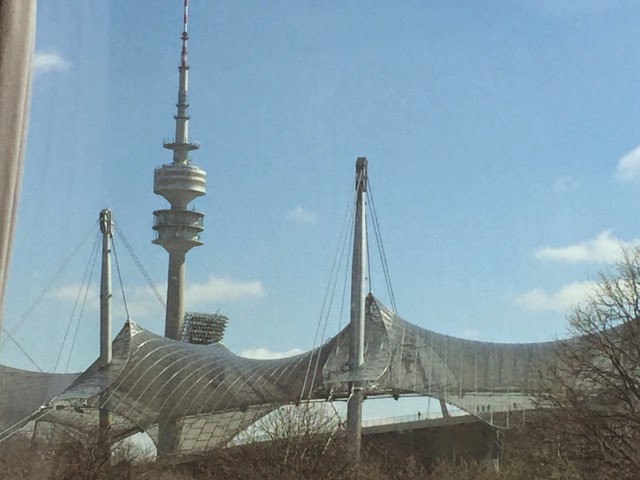 The Olympic tower and facility. 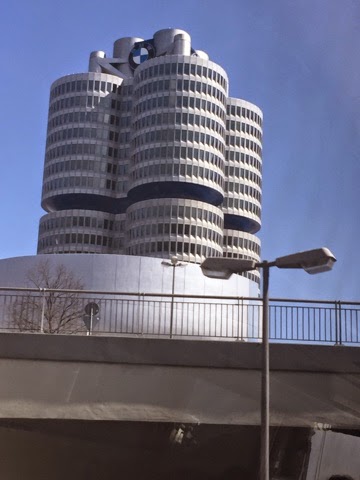 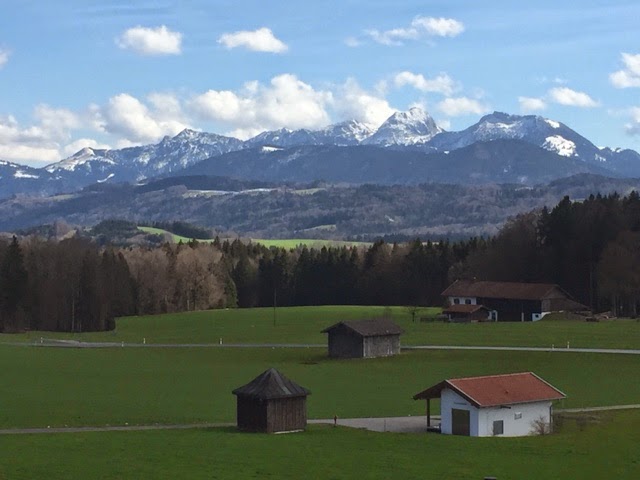 A view from our rest stop en route to Salzburg. "The hills are alive..." OK, I'll stop now. We listened to the Sound of Music soundtrack on the bus already. 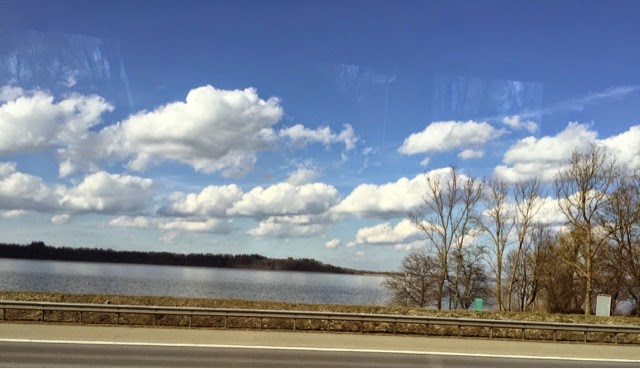 Chiemsee, a large lake in the region. 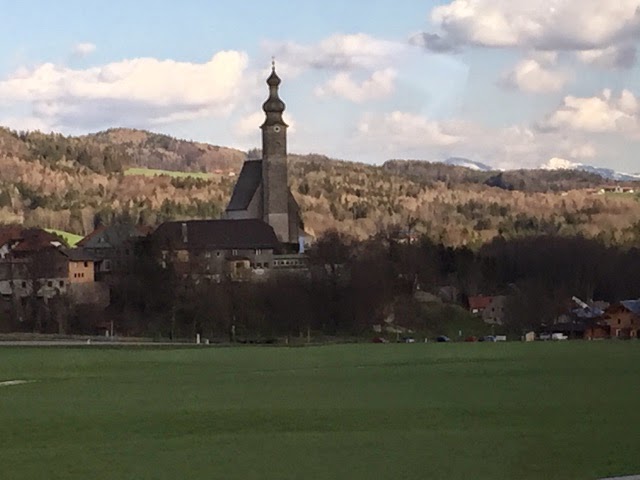 One of those iconic Bavarian churches with the onion tower.


After a delicious meal at the Imlauer Biergarten, (no beer for us chaperones-boohoo!) we are all super tired from traveling and socializing. Time to get some sleep. Zzzzz...

Tomorrow we will do a walking tour of Salzburg, most likely in the rain. Hooray for Spring Break knitting!

Posted by Elisabeth at 6:40 PM